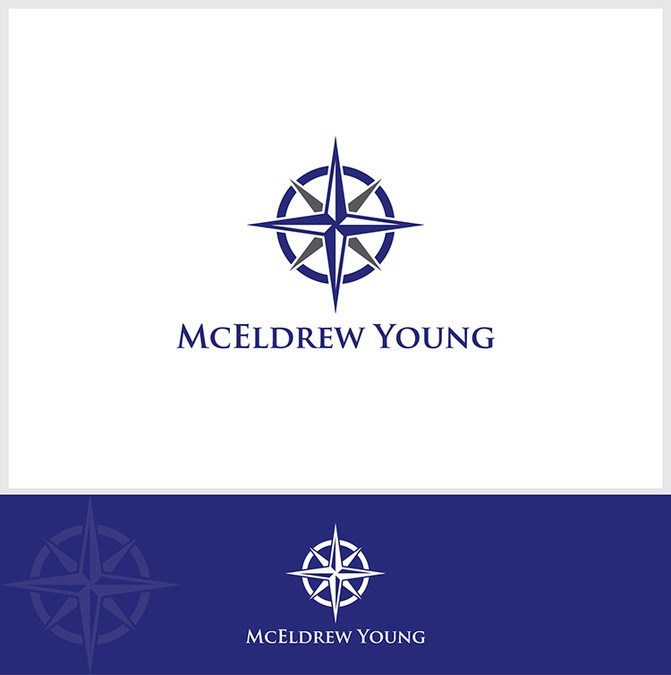 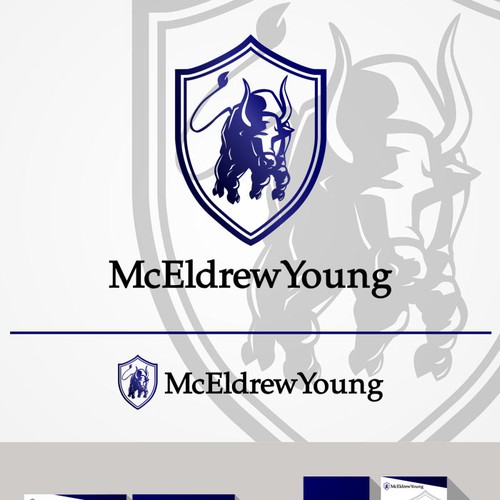 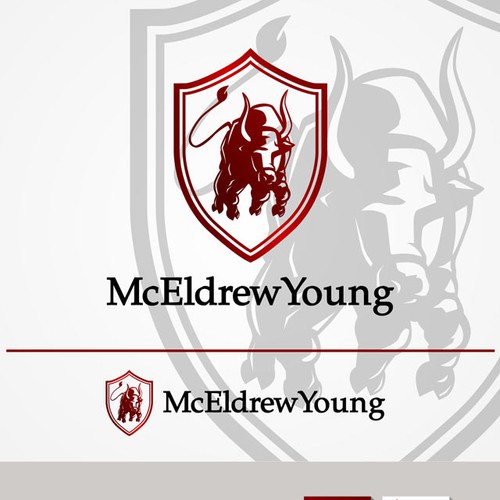 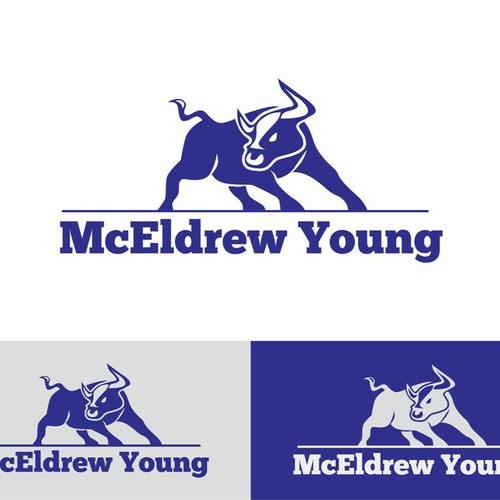 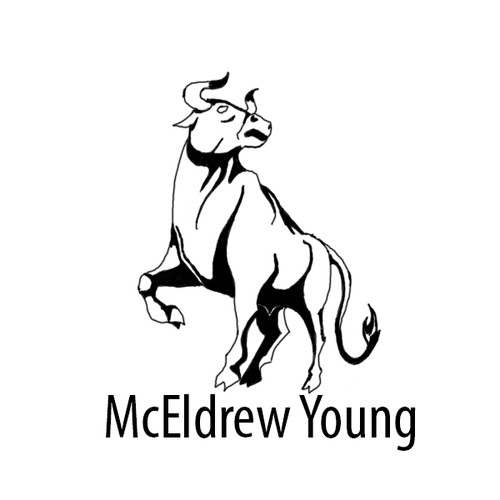 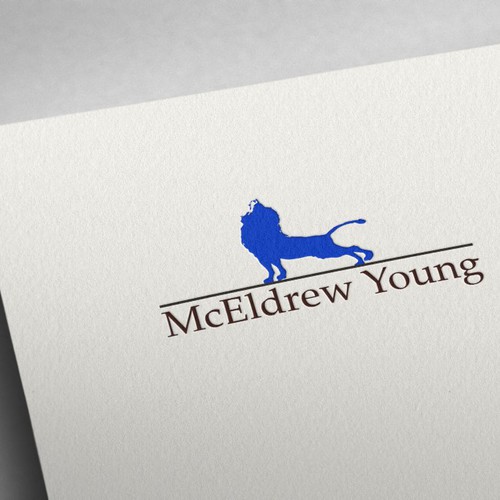 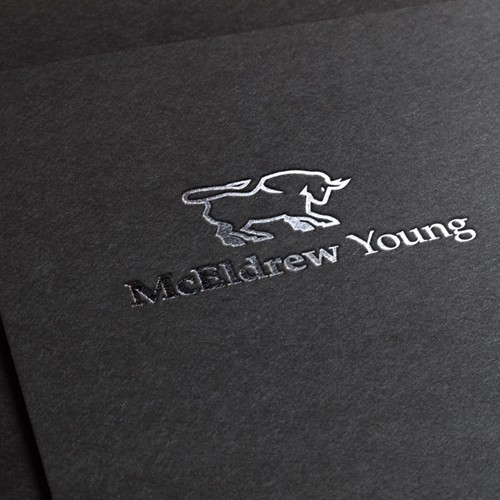 We are a small 5 attorney law firm that does catastrophic personal injury and whistleblower litigation. We need a logo that will appeal to a broad spectrum from corporate executives/accountants/traders to union/railroad workers. We take on large insurance companies and Fortune 500 on behalf of clients, so we need to be able to convey strength and security.

We are combining firms, moving and redoing our website so there is a lot of room to start over with our logo.

Fonts
We haven’t settled on a font yet. To give you some idea what we like:

We’re open to similar fonts if you have one that works better in your design.

Animal: In our random polling around the office, a bull similar to the one in the Merrill Lynch logo (although filled in) was very popular.

Letter Intersections: We are interested in seeing some examples here but we didn’t find any style that we liked in our own informal office polls.

Patriotic: Whistleblower work has a very patriotic appeal. An abstract/modern image resembling a flag or some other patriotic symbol that is suggestive but not blatantly patriotic would be interesting. Maybe blocks colored appropriately?

Other: We’re open to other great ideas. We’ve been running office polls to try and help you know what we are thinking rather than limit your ability to present a great idea to us.

Logo Positioning: We would love to have something that looks good both positioned above the firm name on a single line with no tag line as well as to the left of the firm name with a tag line below - maybe Attorneys at Law. We’re not asking you to design both - just have an awareness that we’ll be putting it on a website and an ability to have a wide, narrow logo would make website design slightly easier.

Colors: We would like a shade of either red or blue in the logo. Both existing logos are currently maroon, but we think a move to blue might be appropriate. We’re expecting that the text in the logo would generally be displayed as black, but a different color on business cards/stationery might be appropriate to make a classic two color logo.

Well established law firm helping seniors save assets from nursing home needs to update look.
$ 899
We provide legal services in the areas of estate planning and elder law services. Our target audience is 50 and olde...
379
entries
68
Designer
Small town Law firm
652 $US
MESSAGE ME SOON IF YOU HAVE A GOOD IDEA! I want a very 1800's, Early American/British pub look to the design. I want m
75
entries
17
designer graphistes
NYC Intellectual property law firm seeks sleek design
$ 599
We are a law firm. Our clients are US based and overseas, mainly in Europe. We target business owners and high net wor
259
entries
67
Designer
personal injury law firm needs bold and professional image
USD 599
Personal Injury Law Firm with bold and professional look.
157
entries
54
diseñadores
Law firm needs brand refresh!
CA$2,099
This logo would be for a law firm that wants to update its image to reflect more modern times. Previously DiCenzo & Asso
97
entries
45
designers
Southern Law Firm in the Mountains
USD 599
Solo practitioner (only one attorney) opening a firm in the North Georgia mountains. The community is casual and rural,
216
entries
49
diseñadores